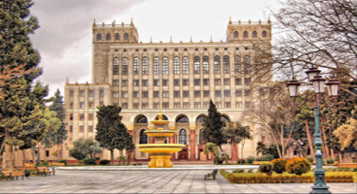 As you know, in 2020 marks the 75th anniversary of the establishment of the Azerbaijan National Academy of Sciences. Over the past period, ANAS has become a center of fundamental and applied science in the republic, which plays an important role in the formation of scientific and intellectual potential, which is the country's national wealth, as well as in the economic, social and cultural development of Azerbaijan and the training of highly specialized scientific personnel.

To publicize the activities of the organization, to popularize outstanding scientists who have exceptional merit in the creation and development of this temple of science, as well as to popularize science and increase public interest in science, the President of ANAS, academician Ramiz Mehdiyev signed an order on July 7, 2020, according to which they will be prepared and the book “Azerbaijan National Academy of Sciences in Personalities” was published, dedicated to the ANAS members, and an information booklet about the Academy.