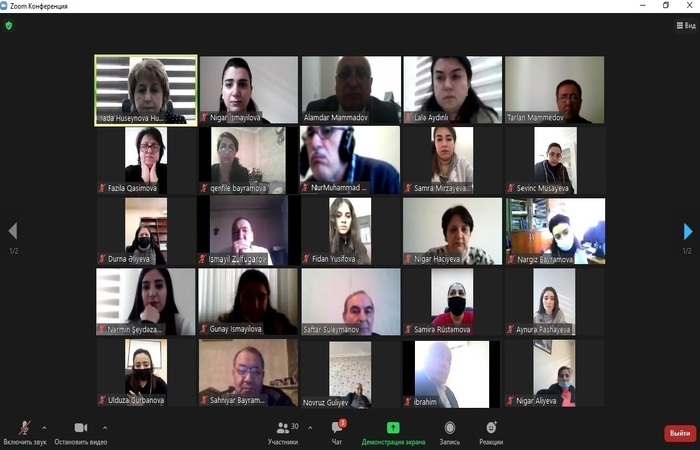 The Institute of Molecular Biology and Biotechnology commemorated the victims of the Khojaly tragedy + Photo Feb 26, 2021 | 13:20 / Events

On February 26 the event dedicated to the 29th anniversary of the Khojaly genocide was held at the Institute of Molecular Biology and Biotechnologies. The event began with a minute of silence on the memories of the victims of the tragedy. Director of the institute academician Irada Huseynova opened the event and said that the Khojaly genocide was the bloodiest manifestation of the hatred of Armenians against the Azerbaijanis. As many as 613 people, including 63 children, 106 women, and 70 old people were killed in the massacre. Eight families were totally exterminated, 130 children lost one parent, and 25 children lost both. Some 1,275 innocent residents were taken hostage, while the fate of 150 people still remains unknown.

National Leader Haydar Aliyev said about Khojaly genocide: “The then authorities` betrayal against the national independence of Azerbaijan and our people, their indifference to their constitutional duties, the continuous political power games, anarchy and arbitrariness reigning in the republic, personal ambitions of some politicians encouraged the Khojaly tragedy. Our citizens` cry for help was ignored, and despite possessing real capabilities to rescue Khojaly, the innocent population was knowingly subjected to this massacre. The Khojaly genocide, which once again exposed the face of Armenian fascism, is a historical crime against not only the people of Azerbaijan but also against humanity. It must be condemned by the civilized world in compliance with international law.”