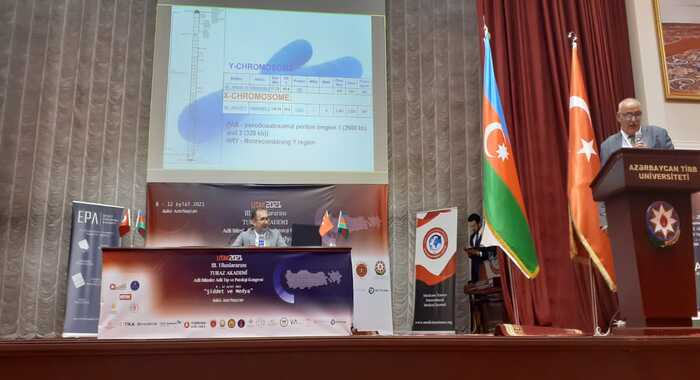 On September 8-12, 2021, the 3rd INTERNATİONAL TURAZ ACADEMY Forensic Science, Forensic Medicine and Pathology Congress dedicated to the topic “Violence and Media” of TURAZ ACADEMY which is another clear example of Turkish-Azerbaijani unity, was held in Baku. The congress focused on domestic violence, abuse and exploitation of women and children, the role of media outlets as a powerful tool in informing the public about such cases, the specifics of their activities, their responsibilities in front of society and the law was discussed, conducting forensic medical examination of those injured, maimed and killed as a result of violence in the aspects of pathological-anatomical, anthropological, corpse practice, toxicological, psychiatric, incorrectly performed examinations (malpractice), incorrectly compiled and submitted expert reviews, their responsibilities, and solutions to other problems were actively investigated. For the successful implementation of these issues, the congress speakers also appealed to the world practice and gave relevant advice and suggestions.  In addition to Azerbaijan and Turkey, scientists and specialists from Central Asian Republics, Russia, Ukraine, and Croatia also took part in the Congress. In addition to the Forensic Medicine Institutions of Turkey and Azerbaijan, the media, television, and radio agencies of these countries, Scientific-educational and practical organizations such as TurkTelecom, Halk Bank, Turkish Airlines, Azerbaijan Medical, Inonu, Istanbul, Istanbul Culture, Cukuroba, Malatya, Tokat Gaziosmanpasha and Amasya Universities, Turkish Academic Book House, etc. participated as organizers and sponsors.

Head of the Laboratory of Genome Structure and Expression of the Institute of Molecular Biology and Biotechnologies of ANAS, Ph.D., Associate Professor Alamdar Mammadov, Head of the Laboratory of Population Genomics, Ph.D., Associate Professor Nurmammad Mustafayev closely participated in the work of the congress.  N.Mustafayev spoke on "Preliminary study of the haplotype and haplogroup composition of the Y chromosome of the Azerbaijani population with Y-STR markers." The report was met with interest by the congress participants