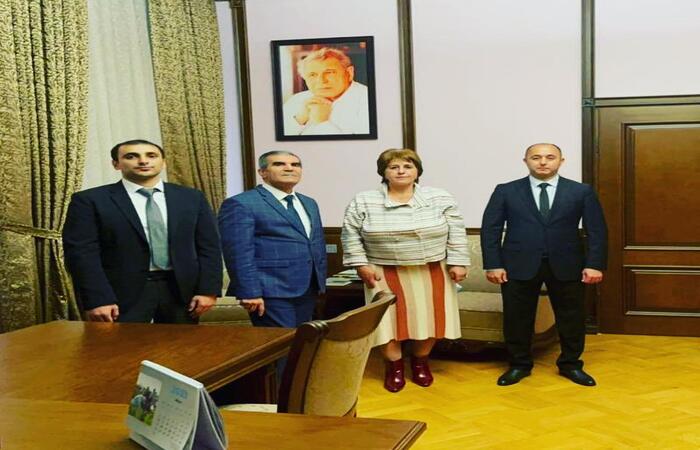 A report-election meeting of the Sabail district branch of the New Azerbaijan Party was held + Photo Oct 20, 2021 | 13:00 / Conferences, assemblies

Mukhtar Naghiyev, chairman of the Sabail district branch of the New Azerbaijan Party, praised the report and the activities of the first party organization. Speaking about the well-thought-out and purposeful policy pursued by President Ilham Aliyev in the field of education, Naghiyev said that substantial work is being done in our country to turn oil capital into human capital. The improvement of the material and technical supply of our educational institutions has always been in the focus of President Ilham Aliyev and First Lady Mehriban Aliyeva. Naghiyev said that during the 44-day war, President Ilham Aliyev ignored any external pressures: "The period since 2003, when President Ilham Aliyev led the country, has entered the history of Azerbaijan as a period of comprehensive and rapid development. Without a doubt, the preservation of political stability, the existing economic development, and comprehensive progress was not an easy task. The slogan "Karabakh is Azerbaijan and exclamation point" announced by the Supreme Commander-in-Chief of the Armed Forces Ilham Aliyev was a call to victory. The great mobilization demonstrated by our society during the 44-day war united our people closely around the head of state." Congratulating the newly elected chairman and deputy chairman, M.Naghiyev wished success to the Institute of Molecular Biology and Biotechnologies of ANAS, and encouraged the participants to be more involved in the activities of the party.