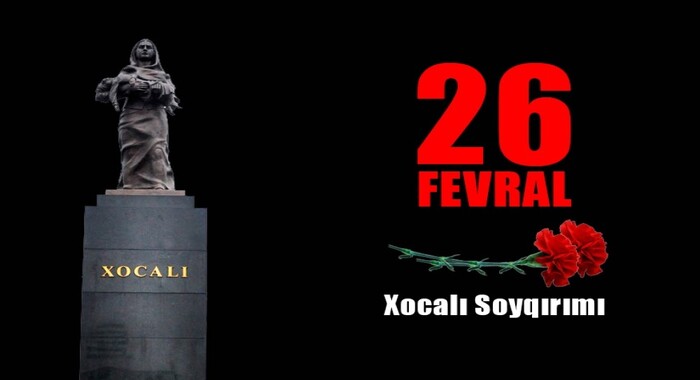 An event dedicated to the 30th anniversary of the Khojaly tragedy was held today at the Institute of Molecular Biology and Biotechnologies of ANAS. First, the memory of the victims of the tragedy was commemorated with a minute of silence. Opening the event, Vice-President of ANAS, Director General of the Institute, Academician Irada Huseynova said that the Khojaly genocide is one of the most horrific tragedies of the twentieth century. The terrible scenes of this tragedy, which have no analogs in history, will forever remain in the memory of every Azerbaijani. On February 26, 1992, in violation of all international law, the Armenian armed forces, with the help of the 366th Motorized Rifle Regiment, killed 613 civilian Azerbaijanis, including, 63 children, 106 women, and 70 elderly. The Khojaly genocide is the most tragic page of the policy of deportation and genocide pursued by Armenian nationalists against our people for more than two hundred years. According to the decision of the Milli Majlis dated February 24, 1994, February 26 was declared the Day of Khojaly Genocide. By the order of the President of the Republic of Azerbaijan Ilham Aliyev, large-scale events are held for remembrance of Khojaly genocide victims every year. The academician noted that thanks to the resolute policy of the Supreme Commander-in-Chief Ilham Aliyev and the bravery of the glorious Azerbaijani Army in the Patriotic War, our occupied lands were liberated, and the victims of the Khojaly genocide were avenged on the battlefield. Speaking at the event, correspondent member of ANAS Ibrahim Azizov, doctors of biological sciences Saftar Suleymanov, Shahniyar Bayramov, doctors of philosophy in biology Nurmammad Mustafayev, Alamdar Mammadov, Gulnara Balakishiyeva, and others said that this tragedy will never be forgotten by the Azerbaijani people and the memory of our martyrs will always be cherished. Expressing their confidence, they stressed the importance of intensifying efforts to convey the truth about the Khojaly tragedy to the world community and punish the perpetrators.