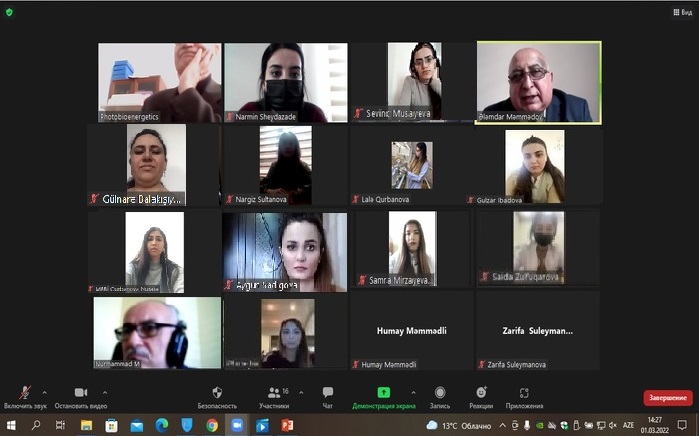 On the occasion of March 1 - World Civil Defense Day, the Institute of Molecular Biology and Biotechnology of ANAS (IMBB) hosted an event on "Protection and management of settlers during natural disasters and crises: the role of volunteers and pandemic control." Alamdar Mammadov, Executive Director of IMBB, Doctor of Philosophy in Biology, Associate Professor, informed about the establishment of the World Civil Defense Day and the measures taken in this field. He noted that the International Civil Defense Organization has been operating as an intergovernmental organization since 1972. The Republic of Azerbaijan became a member of this influential organization in 1993. March 1 - World Civil Defense Day was established at the ninth session of the General Assembly of the International Civil Defense Organization in 1990. Every year, the International Civil Defense Day is dedicated to a specific problem. The main task of the civil defense authorities is to organize the protection of the population and ensure the preparedness of the population in emergencies. An emergency can happen at any time and when we least expect it. Therefore, it is important to be prepared and know what to do in this case. The need to develop an action plan in advance to protect people's lives during emergencies was also emphasized.