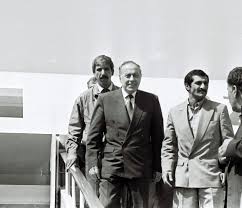 Years ago, academician Jalal Aliyev gave an interview to the honored journalist of the Republic of Azerbaijan Faig Husiyev about National Leader Heydar Aliyev. Recalling that period, the academician said that in July 90, despite all the difficulties faced by the Great Leader, he decided to return to Baku. Academician Jalal Aliyev spoke about the racist policy and provocations against Muslims with Gorbachev's coming to power, noting that unfair and defamatory campaigns were carried out against Heydar Aliyev.

You can watch the interview via the link below: