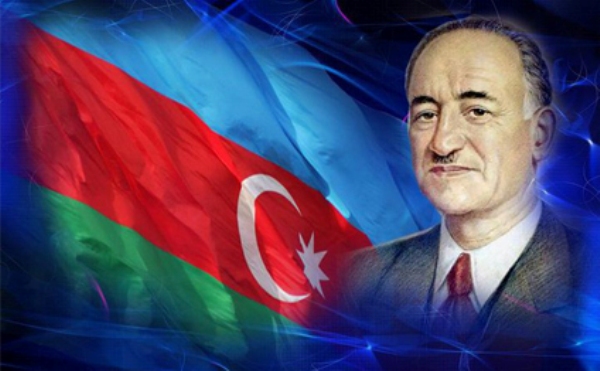 Today, our country celebrates May 28 - Independence Day. On May 28, 1918, the Azerbaijan Democratic Republic, the first parliamentary republic, the first democratic, legal, and secular state in the Muslim East, was established. From the first days of its existence, the Azerbaijan Democratic Republic, based on the principles of people's power and equality of people, has eliminated racial, national, religious, and class inequality by giving equal rights to all citizens of the country. Alimardan bey Topchubashov, Mahammad Amin Rasulzade, Fatali khan Khoyski, Hasan bey Agayev, Nasib bey Yusifbeyli, Samad bey Mehmandarov, Aliaga Shikhlinsky, and others who lead the republic had great merits in the declaration of independence of Azerbaijan, formation, and functioning of the Azerbaijan Democratic Republic. The names of these prominent statesmen, patriotic intellectuals, and professional servicemen are forever engraved in the memory of our people. Thanks to the activities of the People's Republic recognized by the world community, the fact that our country is a subject of international law prevented the erasure of Azerbaijan as a state from the political map of the world after the Bolshevik occupation in April 1920. After the collapse of the Soviet Empire in 1991, our state's independence was restored in a new historical process under the leadership of National Leader Heydar Aliyev. Our great leader repeatedly stated that if we build and raise a democratic Azerbaijani state today, we are indebted to the Azerbaijan Democratic Republic. Evaluating the place and role of the Azerbaijan Democratic Republic in our history, Heydar Aliyev said: "We cherished the day of the establishment of the first Democratic Republic and declared it the Day of State Independence of Azerbaijan - Republic Day, and this is our national holiday." Republic Day has been celebrated as a national holiday since 1990. On October 15, 2021, Republic Day was renamed to Independence Day. Today, under the leadership of President Ilham Aliyev, our independence, preserved by the great leader Heydar Aliyev, is further strengthened and its eternity is ensured. Thanks to our Supreme Commander-in-Chief and the brave Azerbaijani Army, our people live and celebrate May 28 - Independence Day with the joy of liberation of our lands from occupation and the victory of the Great Patriotic War.