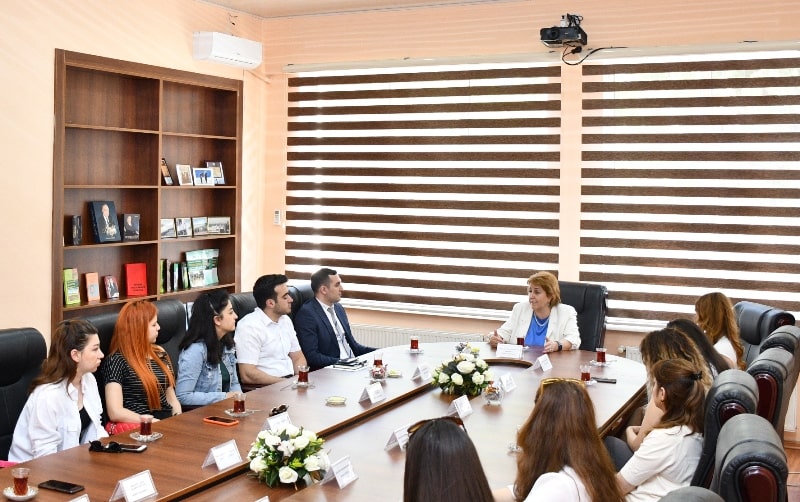 Before the start of the event, Vice-President of ANAS, General Director of the Institute, Academician Irada Huseynova met with young people at a round table and spoke about the youth policy laid down by National Leader Heydar Aliyev and continued by President Ilham Aliyev. Emphasizing that today youth is the leading force in the scientific, public, and other spheres of the country, the academician noted that many young specialists of ANAS successfully continue their educational and scientific activities at prestigious universities and scientific centers in foreign countries. The academician stressed that Azerbaijani science is developing rapidly, serious reforms are being carried out in this area, advanced technologies are being applied, and Azerbaijani science has become an integral part of the scientific system of the globalized world.