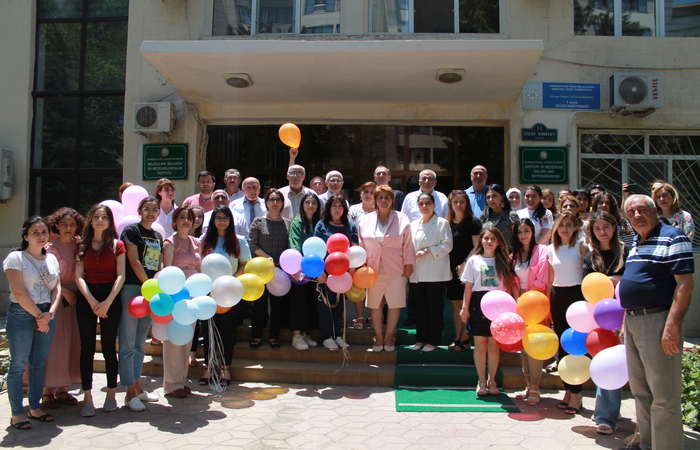 The event dedicated to the 6th anniversary of the establishment of the Institute of Molecular Biology and Biotechnologies of ANAS was held.

The vice-president of ANAS, general director of the institute, academician Irada Huseynova spoke about the history of the establishment of the institution, achievements, and unparalleled services of academician Jalal Aliyev in the formation of scientific potential here. She noted that these days Professor Garib Murshudov, one of the successors of the academician's scientific school, was awarded the title of Honored Scientist of the Republic of Azerbaijan, and Professor Suleyman Allahverdiyev was awarded the title of Honored Scientist of the Russian Federation, as well as the election of Suleyman Allahverdiyev as a corresponding member of the Russian Academy of Sciences are obvious examples that the scientific legacy of the great scientist is in safe hands.

Then corresponding members of ANAS Ibrahim Azizov, Novruz Guliyev and other scientists and specialists of the institute talked about the development of the institute, the research conducted here in recent years, and their important results, as well as perspectives. The speakers talked about their memories of their teacher and said that his dear memory will always live in their hearts.