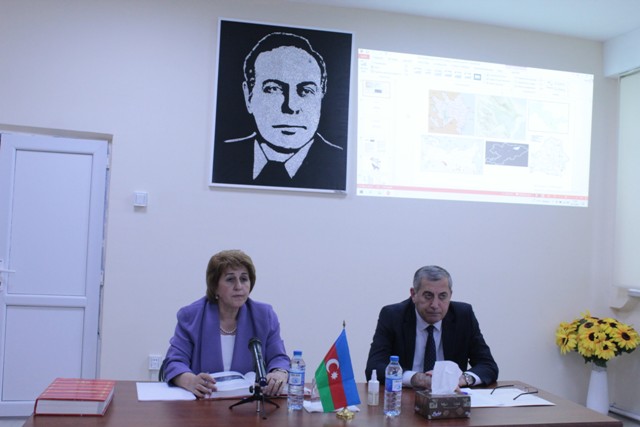 A meeting of the working group on zoology to prepare the third edition of the Red Book was held + Photo Oct 27, 2022 | 17:00 / Conferences, assemblies

The next meeting of the working group on zoology for the preparation of the third edition of the "Red Book" of the Republic of Azerbaijan was held in the assembly hall of the Institute of Zoology of the Ministry of Science and Education.

The meeting was attended by zoologists from the Institute of Zoology, Baku State University, Azerbaijan Ornithological Society and other organizations.

Vice-President of ANAS Academician Irada Huseynova, who opened the meeting with an introductory speech, informed about the issues important for reaching a common solution, raised at the meeting of the Editorial Board and working groups of ANAS of the III edition of the Red Book, held a few days ago, and generally highly appreciated the activities of zoologists in the respective areas.

The meeting discussed the general format of distribution maps to be used in species essays, lists of references and references to them and other similar issues, as well as the experience of the CIS countries and Turkey in relevant areas.

Concluding the discussions, Academician Irada Huseynova emphasized the importance of the meeting and the decisions made, said that similar issues would be discussed with botanists in the coming days, and then the final decisions would be made again at a joint meeting of all groups.