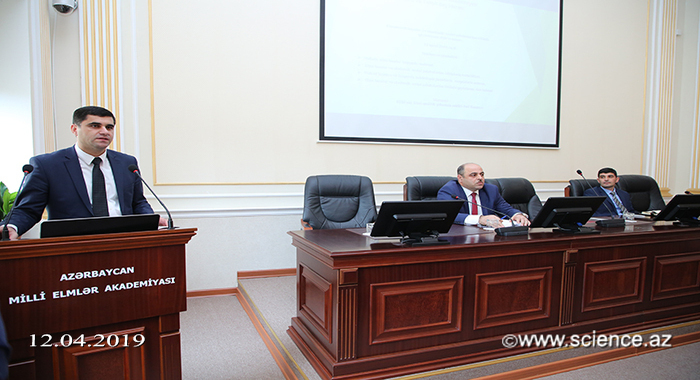 A workshop on the use of science metric Bases and academic social networks + Photo Apr 12, 2019 | 16:00 / Conferences, assemblies

On April 12, a seminar on "The Use of science metric Bases and Academic Social Networks" was organized by the Scientific-Analytical Department of the Presidium of ANAS in the Main building of ANAS.

Relevant representatives of scientific institutions and organizations of ANAS took part in the event.

The seminar was opened by Fail Kazimov, the Head of the Scientific and Analytical Department, who gave detailed information on scientific achievements of ANAS, as well as the use and benefits of academic social networks such as “Web of Science”, “Scopus”, “Scimago Journal & Country Rank”.

Later Deputy Director of that department, Turan Isazade informed the participants of the seminar on the search of science metric bases and academic social networks, the creation of profiles of scientists.

At the end of the seminar, questions were answered.