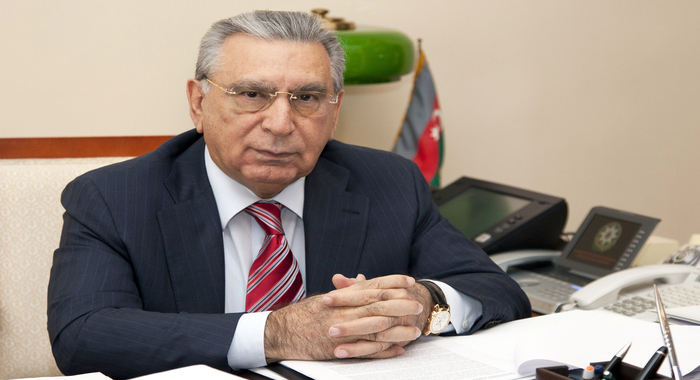 April 17 is the birthday of Ramiz Mehdiyev, a brilliant representative of Azerbaijani science, a prominent socio-political figure, a true patriot, President of ANAS, academician. During the years of his activity, the scientist has left indelible traces in the science, culture, education and politics of Azerbaijan.

Academician Ramiz Mehdiyev was born on April 17, 1938 in the city of Baku. In 1957, at the age of 19, he graduated from the Baku Maritime School. Then he entered the Faculty of History of the Azerbaijan State University. The scientist began his career in 1965, and since 1972 worked as a teacher and senior lecturer at the Azerbaijan State University. In 1974, he worked as a lecturer in the Propaganda and Agitation Department of the Central Committee of the Communist Party of Azerbaijan (CP), and since 1976, he worked as a deputy head of the Department of Science and Educational Institutions of the Central Committee of the CP of Azerbaijan. In 1978, he was elected First Secretary of the District Committee of the Azerbaijan Communist Party named after 26 Baku Commissioners.

During the years he headed the Presidential Administration of the Republic of Azerbaijan, the prominent scientist took an active part in increasing the country's prestige in the world political arena, successfully implementing state policy, strengthening the national ideology, fulfilling his duties with honor and responsibility.

On October 23, 2019, at the General Meeting of ANAS, academician Ramiz Mehdiyev was elected President of ANAS. From the day the prominent scientist began to lead the Academy, a new page was opened in the activities of this scientific center. Concrete steps have been taken to fundamentally improve the structure of ANAS, modernize the management system, adapt the activities of the institution to the requirements of modern times, the integration of Azerbaijani science into world science.

R.Mehdiyev also focuses on improving the social security of scientists, strengthening the regulatory framework and information provision of science, as well as reinforcing fundamental and applied research.

The staff of the Azerbaijan National Academy of Sciences