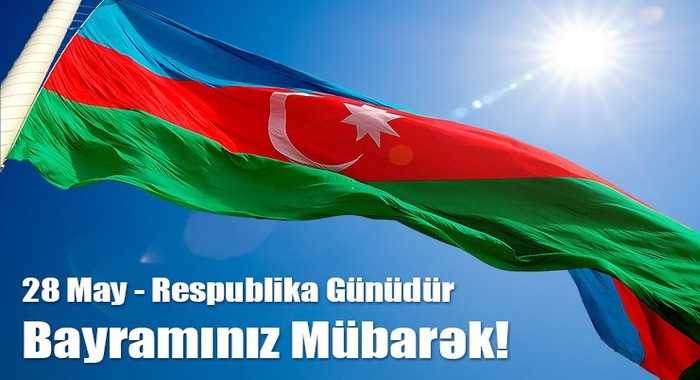 On May 28, 2020, the event dedicated to the Republic Day with the participation of the staff of IMBB. Opening the event held in Zoom platform, Vice-President of ANAS, director of the institute academician Irada Huseynova congratulated everyone on this significant day, written in golden letters in the history of our people's struggle for freedom and independence. The academician noted that May 28, 1918, is a special day that every Azerbaijani citizen feels a sense of national pride, dreams blossom. Azerbaijani people who lived with a dream of independence achieved their dream on this bright day. For the first time in the East, it was announced to the world that a free, democratic, independent republic based on secular values had been established. On May 28, 1918, the independence of Azerbaijan was announced in the “Declaration of Independence”.  The Azerbaijan Democratic Republic was the first democratic republic in the Muslim East. The greatest wealth of every nation is its independent state. Political, economic, and social reforms are being successfully implemented in the country, the country's economy is developing steadily, effective measures are being taken to strengthen the social protection of the population. Also, the correct policy pursued by the President, timely decisions and necessary preventive measures is aimed at minimizing the impact of the pandemic as a whole. Then deputy director on scientific affairs, Ph.D. Alamdar Mammadov, Chairman of the territorial organization of NAP ANAS, Chairman of the Council of young scientists and specialists, Ph.D. Ulduza Gurbanova, head of the Education Department Ph.D. Samira Rustamova, deputy director on general affairs Natig Allahverdiyev,  head specialist of the department of International and public relations Nigar Hajiyeva spoke about the history of Democratic Republic.

At the end of the event, a short film about the history of the Democratic Republic was shown.