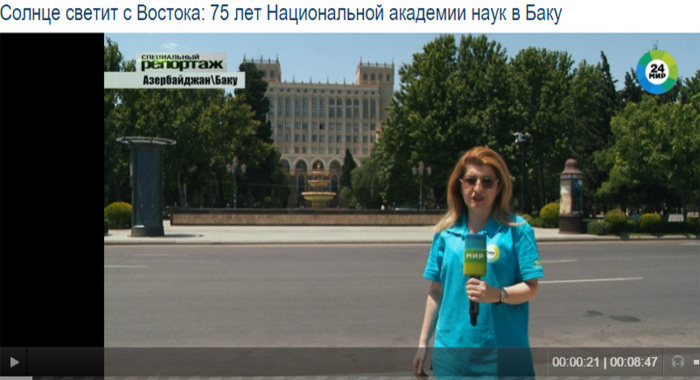 A special report was broadcast on the Russian television channel MIR-24, entitled “The sun is shining from the East: 75 years of the National Academy of Sciences of Azerbaijan”.

The report talked about the history of the creation and development of ANAS, the role of state programs in the successful development of science in the country, as well as research conducted in such priority areas as physics, chemistry, the oil and petrochemical industries.

Along with this, it was told about the rare manuscripts stored in ANAS and related restoration works, astronomical studies that are being conducted at the Shamakhi Astrophysical Observatory named after Nasraddin Tusi.

You can watch the video report here.