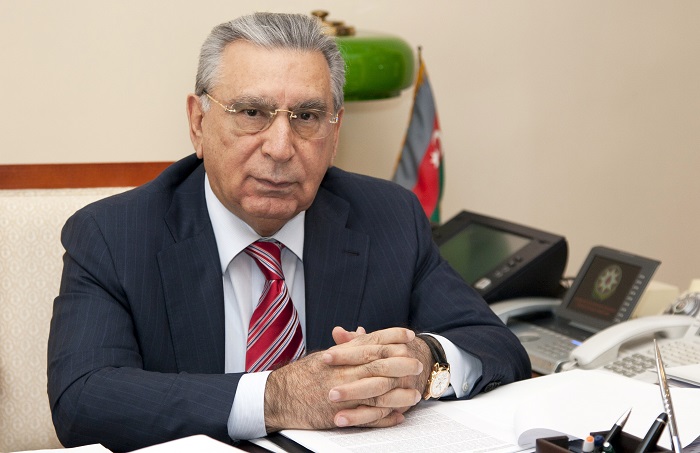 A congratulatory letter has been sent to academician Ramiz Mehdiyev Oct 13, 2020 | 18:40 / Important events

On behalf of the International Association of Academies and myself, I cordially congratulate you on your election as an active member (academician) of IAAS.

Your activity in science is inextricably linked with the Azerbaijan National Academy of Sciences. We know and deeply respect you as an outstanding statesman, scientist with a multifaceted field of scientific interests, widely known in our countries and abroad.

Your tireless and fruitful scientific activity has made a major contribution to the creation of a scientific school in the development of the scientific and philosophical basis of state ideology and socio-political science.

The formation of a new scientific direction - the philosophical concept of sustainable development and modernization of the Azerbaijani state and society - is associated with your name.

You have always been distinguished by an exceptional sense of the new, the breadth of views and scientific interests, the conviction of the need to orient fundamental research to the needs of practice. The results of your research are widely known in the world. We are grateful to you for the attention you pay to the training of the young generation of scientists.

Order of Istiglal (2008), Order of Dostlug (2008), Order of Sharaf (2013), Order of Shohrat (2018), Order of Heydar Aliyev (2019), conferring the title of professor, election as an academician of the National Academy of Sciences of Azerbaijan, are outstanding evidence of a worthy assessment by the government, the scientific community of the country and the leadership of the Republic of Azerbaijan of your scientific, scientific-pedagogical and social activities.

As an academician of the National Academy of Sciences of Azerbaijan, professor, author of numerous scientific works, you have earned the well-deserved recognition of your colleagues as an example of devotion to science.

The scientific community highly appreciates your great scientific and organizational social activities. I express my confidence in the fruitfulness of our joint activities under the auspices of the IAAS.

Head of IAAS, Chairman of the Presidium of the National Academy of Sciences of Belarus, Academician V.G. Gusakov