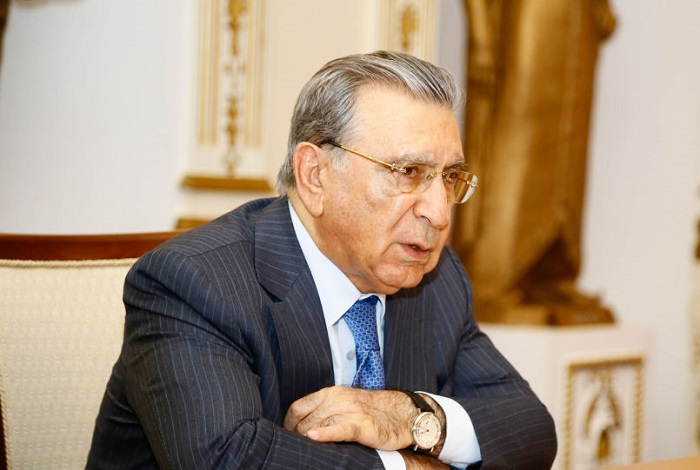 President of ANAS sent a letter to the heads of a number of academies and research centers of the world Oct 14, 2020 | 14:57 / Important events

In his appeals, academician Ramiz Mehdiyev calls on the scientific community of foreign countries to put pressure on terrorist Armenia and to take part in the reporting of the truth about Azerbaijan to the international community, in order to promote the liberation of Azerbaijan.

In a letter to the President of ANAS, academician Ramiz Mehdiyev to the President of the International Turkic Academy, Darkhan Kidirali, in connection with the military aggression of Armenia against the civilian population of Azerbaijan, it is stated that as a result of the aggressive policy of Armenia and its allies, As a result of Armenian vandalism, the Armenian side carried out a policy of ethnic cleansing in the occupied territories, expelled the Azerbaijanis, the ancient inhabitants of these lands, and destroyed the Khojaly steppe.

It is noted that the village, mosques, cemeteries, historical and architectural monuments in Nagorno-Karabakh and its environs were destroyed, and ancient toponyms were falsified.

In July of this year, the Armenian armed forces fired on the peaceful inhabitants of the Tovuz region of Azerbaijan, which led to casualties and destruction, was noted as well.

The letter states that since September 27 of this year, the military-political leadership of Armenia has been continuing its provocative actions, grossly violating the Geneva Conventions and its obligations under international law. It is reported that the shelling of heavy artillery also affected the cities of Ganja, Mingachevir and Yevlakh, Absheron and Khizi districts.

The letter contains an opinion on the provision of objective information about the just war, which leads Azerbaijan, the public of Kazakhstan and the staff of the International Turkic Academy, expressing its belief in the sovereignty of the Republic of Azerbaijan.