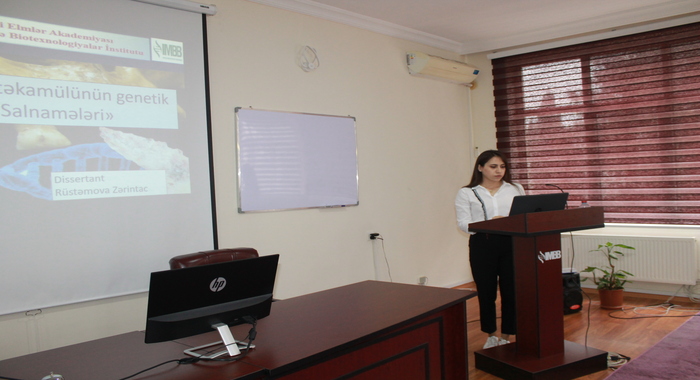 The junior researcher of the lab. of Population genomics, Zarintaj Rustamova gave a lecture on "Ancient DNA: Chronicles of Human Evolution Written in Genetic Codes" to the 4th-year students of BSU who are doing an internship at the Institute of Molecular Biology and Biotechnologies. The lecturer noted that ancient DNA is DNA found in excavations and separated from ancient materials. Over the past 15 years, research with aDNA has provided answers to many questions. The information obtained with ancient DNA allows us to obtain biological information about the ancestors and roots of humans, to make hypotheses about ancient populations. Excavations in various regions of Azerbaijan have revealed ancient human settlements, human, animal, and plant remains, and dozens of future archeobiological studies are possible.