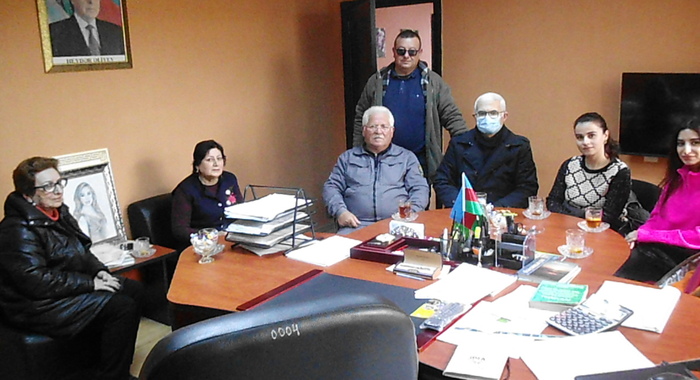 Head of Photobioenergetics laboratory of IMBB, doctor of biological sciences Yashar Feyziyev was on a scientific trip in Gizilaghaj National Park. In accordance with the order given by the Presidium of ANAS on planning and conducting scientific research for the ecology, bioresources, and practical use of Caspian seaweed, a scientific trip of a group of employees of the Institute of Molecular Biology and Biotechnologies, and Institute of Botany of ANAS to Lankaran region,  Gizilagaj National Park was organized on December 8-10, 2021. The event was also attended by the head of the Laboratory of Algology and Lichenobriology of the Institute of Botany, Ph.D. Sh.Mukhtarova, dissertators, and masters of the laboratory A.Khanbutayeva A.Muradova, Sh.Kishiyeva Samples were taken for analysis from algae found in the form of sediments on the coast, coastal canals, and small reservoirs.  Areas have been identified for sampling during active algal development

Scientific discussions were held with the participation of employees of the national park, the exchange of information on the periods of intensive reproduction and "flowering" of algae in the sea, was held. The next stages of joint scientific researches of IMBB, and Institute of Botany were determined.